For those of us who were unable to make it to the Penn State Classic, GoPSUsports has posted a short video, with highlights from the weekend matches.  To watch the video, Click Here.

This one — a 3-0 sweep of Eastern Illinois (25-14, 25-14, 25-16) went pretty much like the matches against Portland and Duquense.  All three opponents played tough, and EIU was no exception.  But at the end of the day, Penn State was just too much for each of them.

Reflecting their solid play throughout the weekend, three Nittany Lions were named the All-Tournament Team: 6-6 Jr. MH Katie Slay (who also was named the Penn State Classic MVP),  6-2 Fr. OH Megan Courtney, and 5-6 So. DS Lacey Fuller.  Congrats to all three (and particularly to Courtney and Fuller, as we think it’s a first for both of them in their college careers). 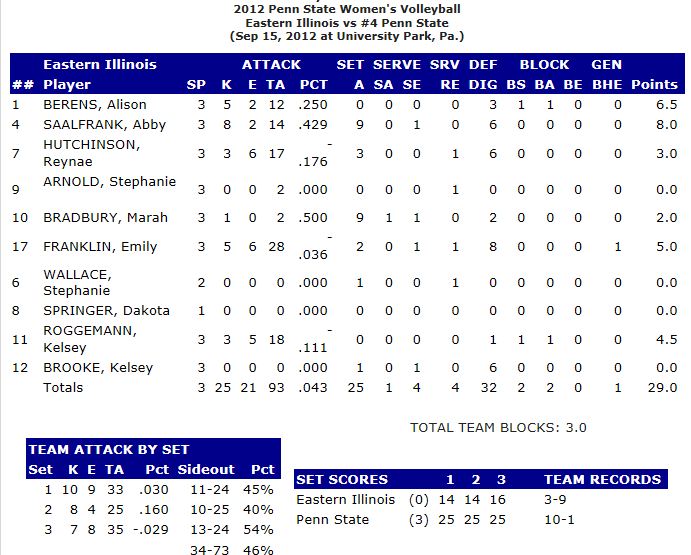 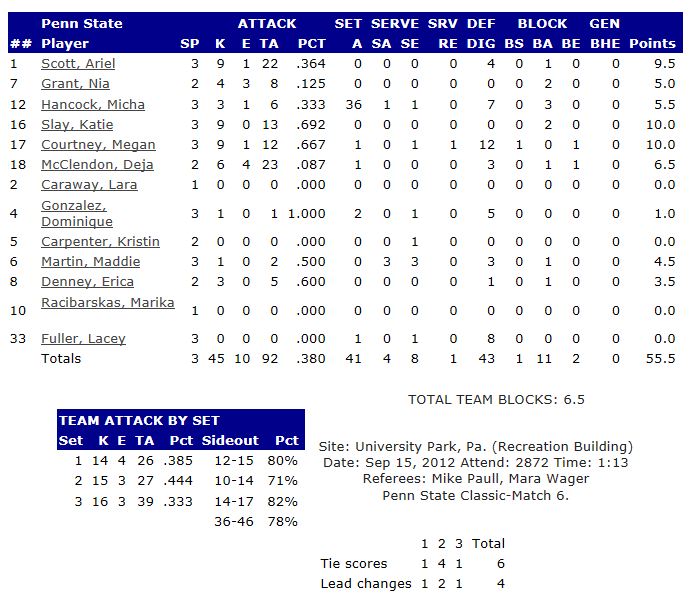 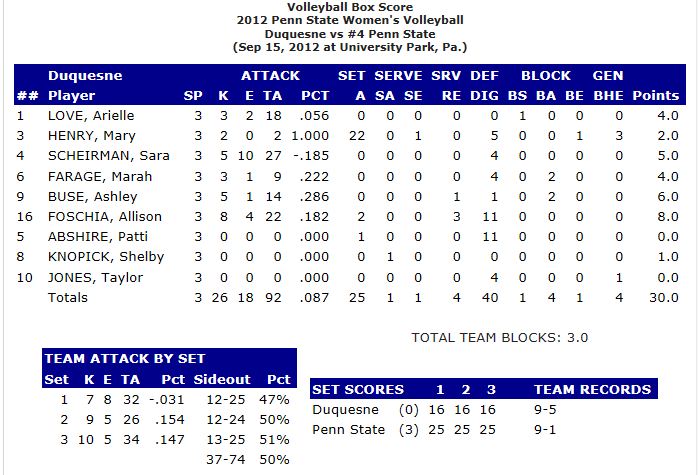 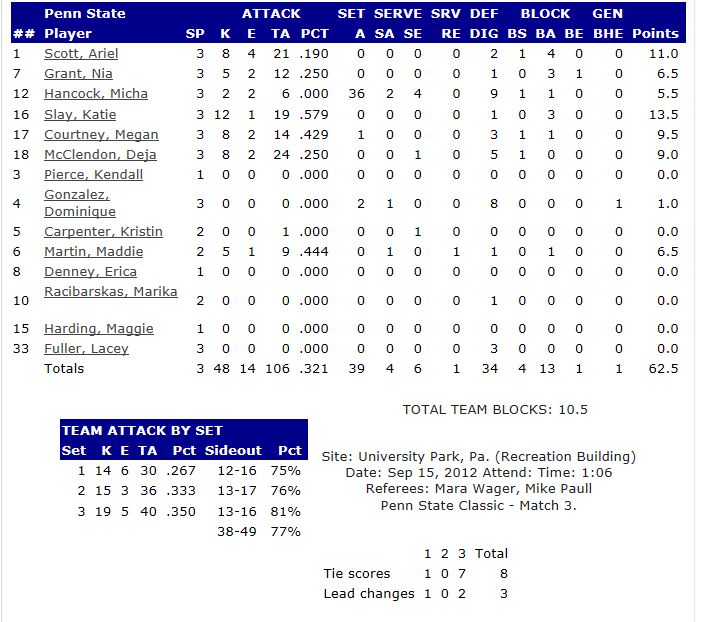