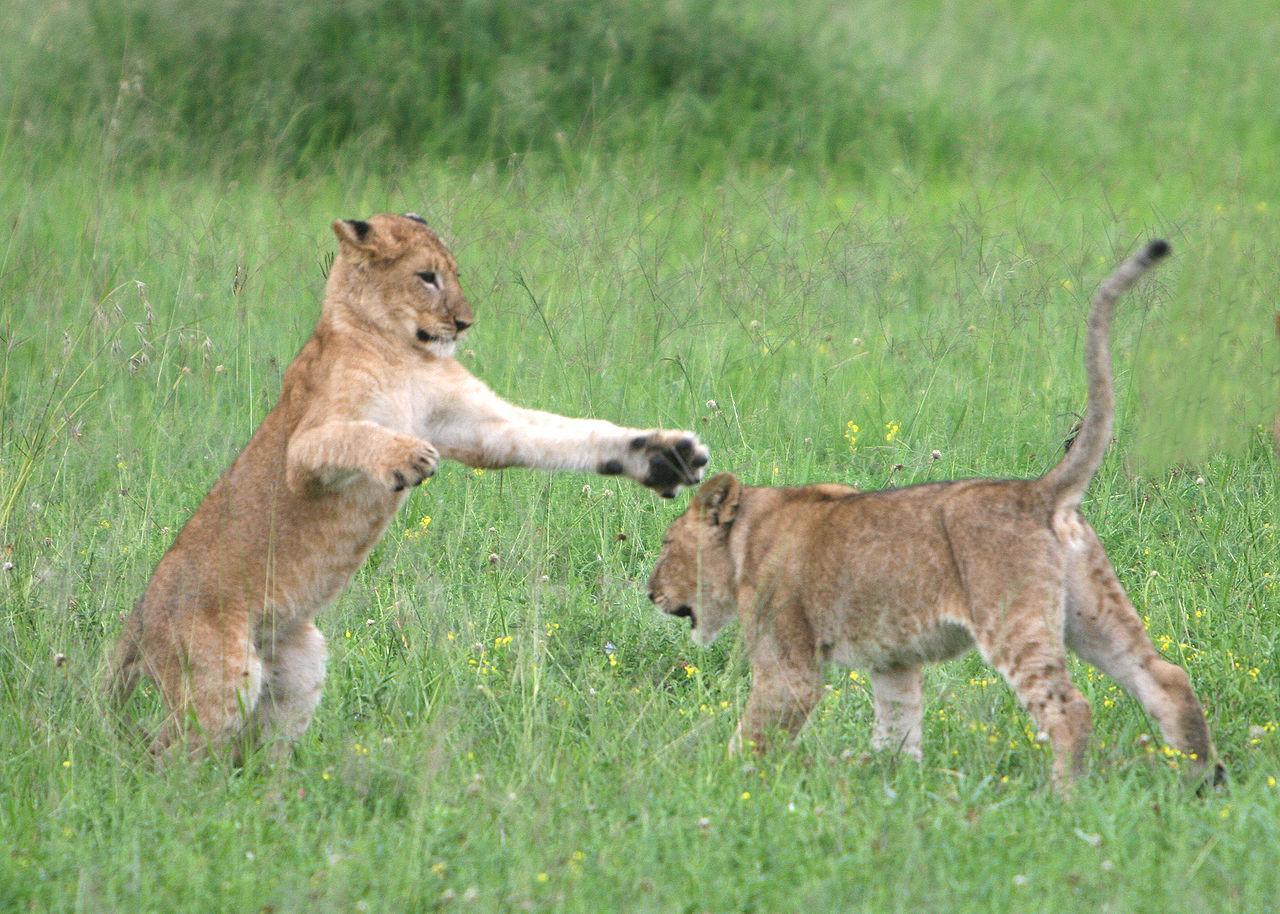 With six NCAA Championships in the past 10 years — and the #1 AVCA ranking as of this week — Penn State Women’s Volleyball is often in the spotlight.  But when it comes to announcing their recruiting classes, Coach Russ Rose and the SID play a decidedly low-key game.  As in radio silence on National Letter of Intent day on Wednesday, November 8th.  And more silence since then.

But with a little sleuthing, we believe we’ve confirmed the signing of all seven players in Penn State’s Class of 2018.   Here’s our report:

On its Signing Day Extravaganza page, PrepVolleyball.com lists six of Penn State’s seven recruits as having signed with the Nittany Lions on November 8th (based on e-mails from the players who signed).  The only player we didn’t see on their list (which wasn’t alphabetical, so we might have simply missed her entry) was #3 PrepVolleyball.com Senior Ace 6-4 MB Kaitlyn Hord.  Don’t despair, we found a signing confirmation elsewhere. 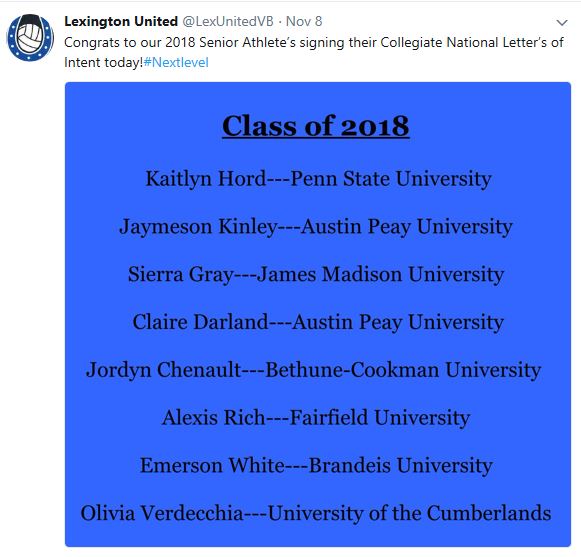 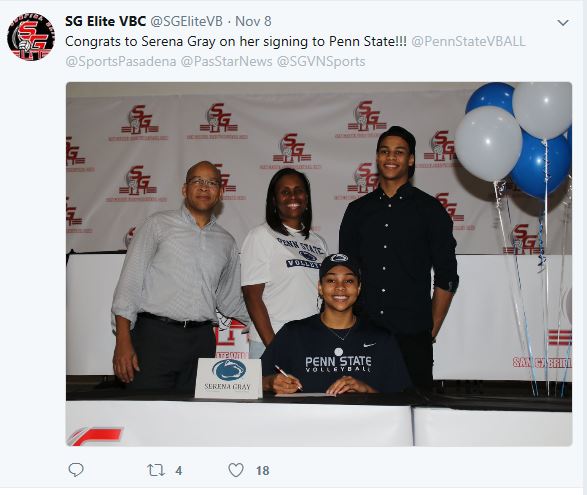 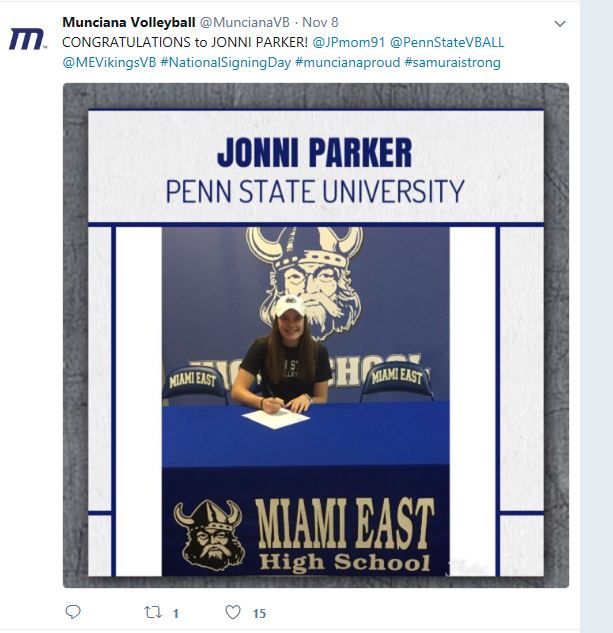 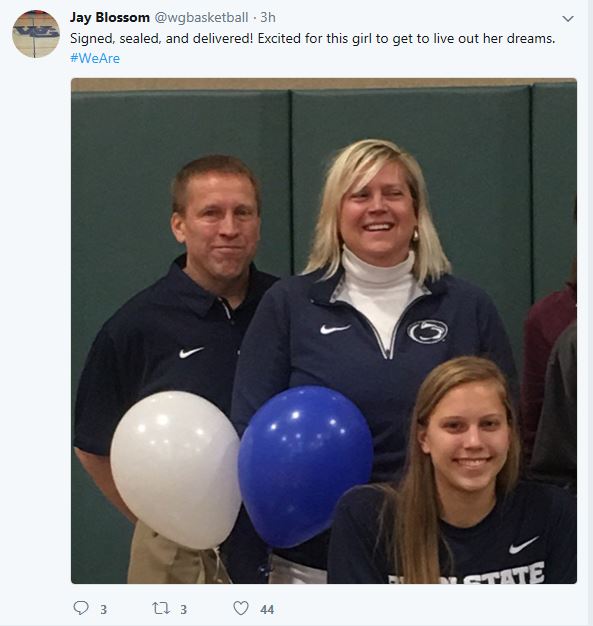 Here’s a link to a video of the 2017 Signing Day Ceremony at Berkeley Prep, Jenna’s High School.  And below is a photo from that event.  Jenna is in the first row, second from the left.

Here’s the link to the video of the 2017 Signing Day Ceremony at Berkeley Prep, which is also Amanda’s High School. And below is a photo from that event. Amanda is in the first row, far right.

From the same club — San Gabriel Elite — as Serena Grey: