MORGANTOWN, W.Va.  Saturday proved to be a memorable one for the No. 6 Penn State women’s volleyball team.

Not only did it sweep both Delaware and West Virginia to claim the West Virginia Tournament title, but it also saw Haleigh Washington become the tournament MVP while senior Ali Frantti reached a milestone with her 1,000th career kill.

(Actually, the Nittany Lions also swept UT-Martin in the tournament, but who’s counting?)  For the complete article, Click Here.

Penn State concluded the West Virginia Invitational the way it began it — strong, and with a dominating straight-set victory (25-16, 25-15, 25-5) over the host team.  In the first set, the Nittany Lions and the Mountaineers battled early for points. Penn State narrowly held a 12-11 point lead over West Virginia before breaking away on a 11-3 run and securing the first set two points later on a service error.

Penn State (3-0) didn’t surrender a single set all weekend and got stronger as each match went on only allowing a total of 23 points in the third set in three total matches. PSU finished the evening hitting .493 with only six attack errors. 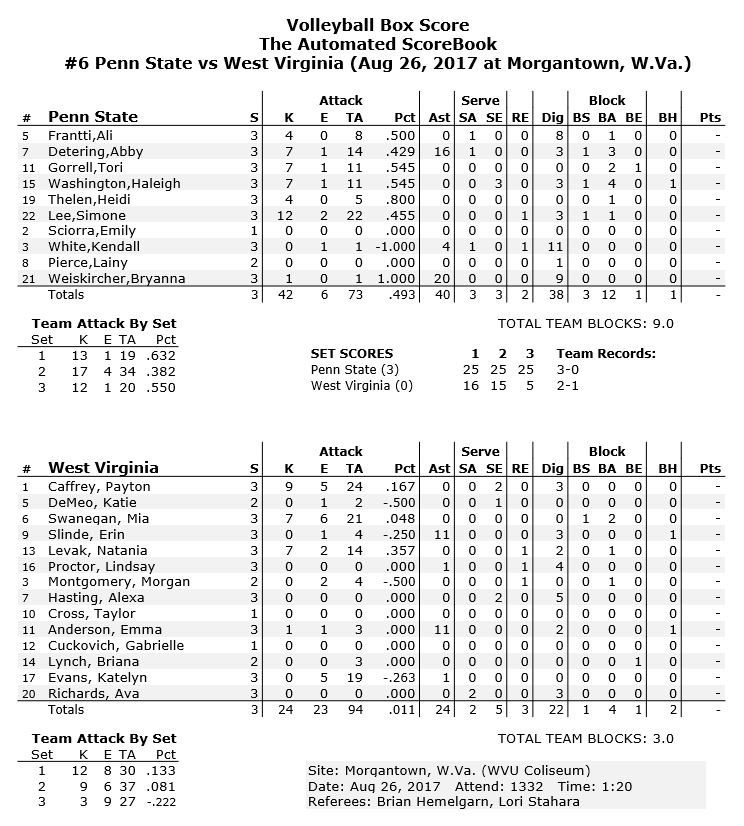 MORGANTOWN, W. Va. – Five players recorded at least five kills as No. 6 Penn State defeated Delaware in straight sets, 3-0 (25-15, 25-16, 25-10), as part of the West Virginia Tournament this morning from the WVU Coliseum.  The Nittany Lions (2-0) hit a blistering .519 for the match while committing just 8 errors in the three sets. Senior classmates Haleigh Washington (Colorado Springs, Colo.) and Heidi Thelen (Edgewood, Ky.) led the way at .833 and .700, respectively. 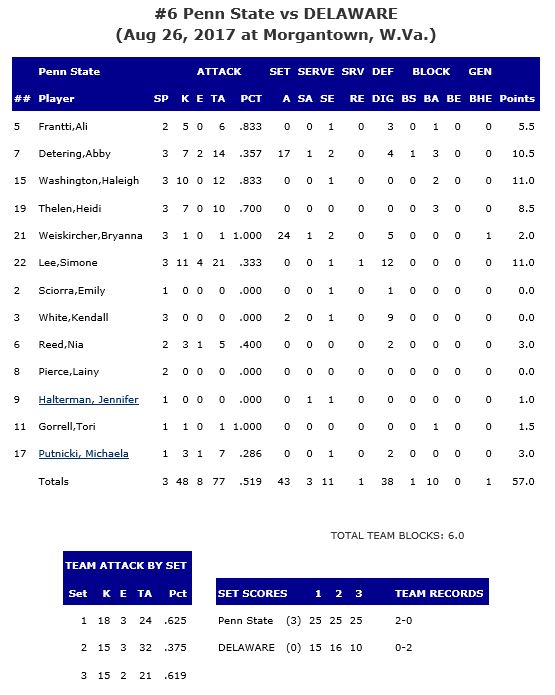 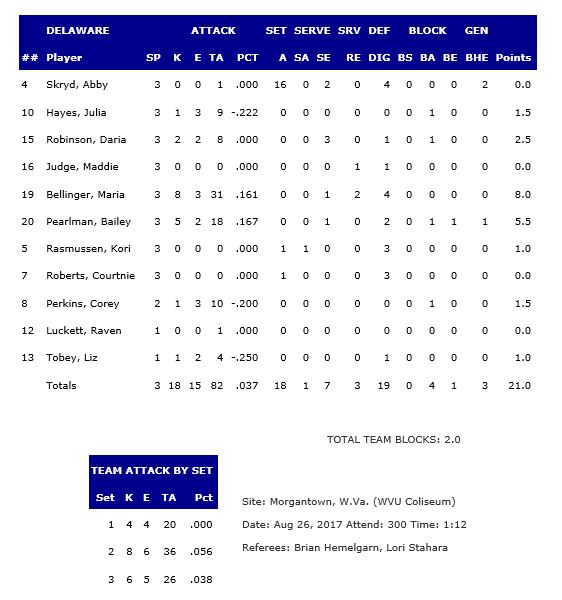 MORGANTOWN, W. Va. – The sixth-ranked Penn State women’s volleyball team opened its season in the West Virginia Tournament on Friday evening defeating UT-Martin in straight sets, 3-0 (25-13, 25-13, 25-8), at the WVU Coliseum.
In the first-ever meeting between the two schools, Penn State (1-0) started slow in each of the first two sets before turning it on midway through and securing commanding 25-13 victories in each. 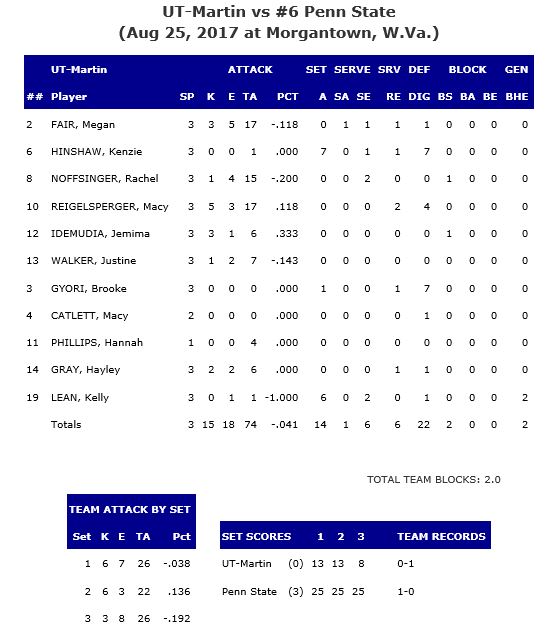 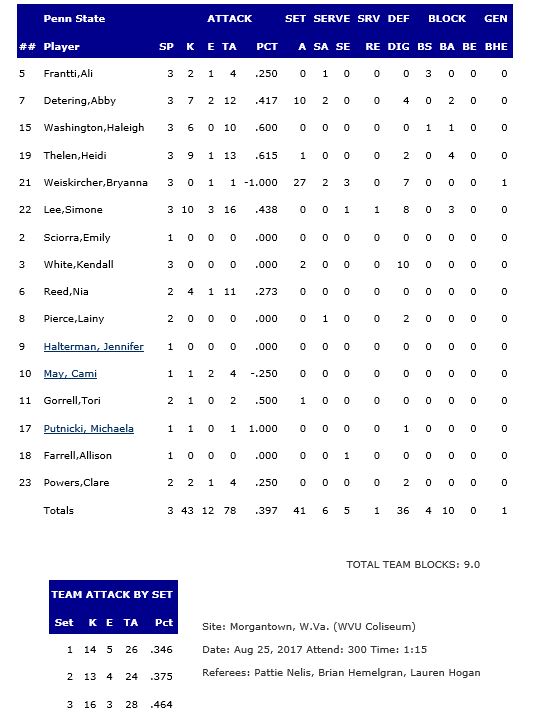