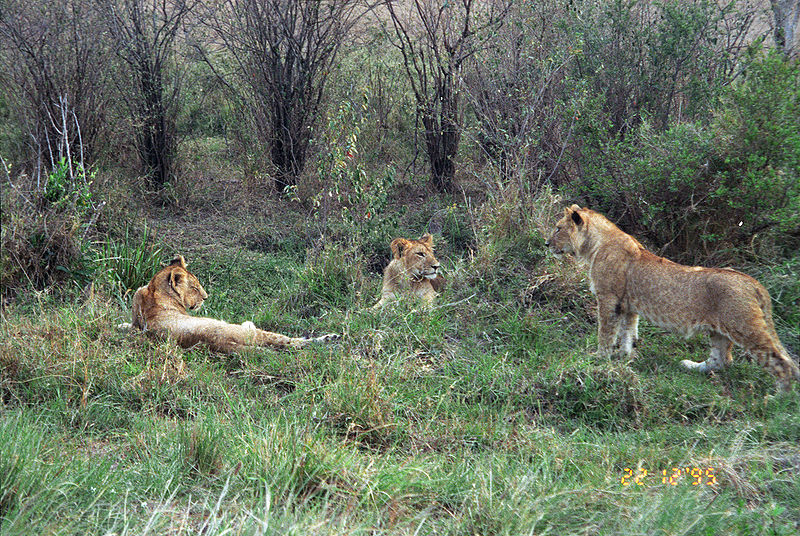 DigNittany: Well, you called it (see Penn State vs. Ohio State: Prematch Q&A with Club Coach) – a 3-0 win by Penn State over Ohio State.  What impressed you the most about Penn State tonight?

Club Coach: Actually, I really wasn’t surprised by the outcome. I think the biggest reason OSU didn’t compete with Penn State is that they don’t believe they can. Some programs circle a match on their schedule with a team of Penn State’s caliber as a match to get up for; others circle those matches as ones they can’t win.

DigNittany: Megan Courtney  struggled on offense, with 1 kill and 3 attack errors in 5 attempts.  Your thoughts?

Club Coach: There’s not much you can take away from 5 attempts.  Had Courtney finished with 3 kills and no errors in 5 attempts, you certainly couldn’t have called it a great match. The bigger thing to take away is that given her attempts, they weren’t looking to her as a point scorer in this match.

DigNittany: If you were the coach, what would your message be to the Penn State team after this match?

Club Coach: The same message PSU gets every match: ” we’ve got a lot of areas in which we need to get better. We need to work harder in practice and get ready for the next match”

DigNittany:  Thanks, as always. 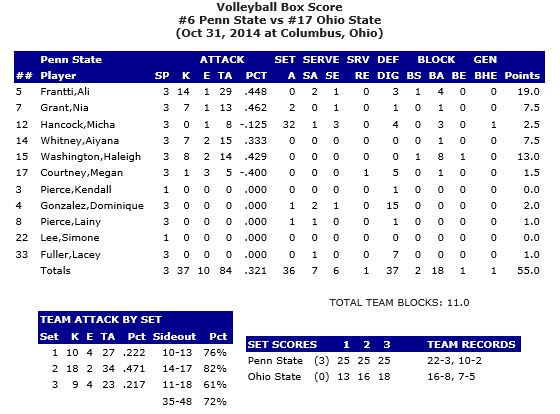 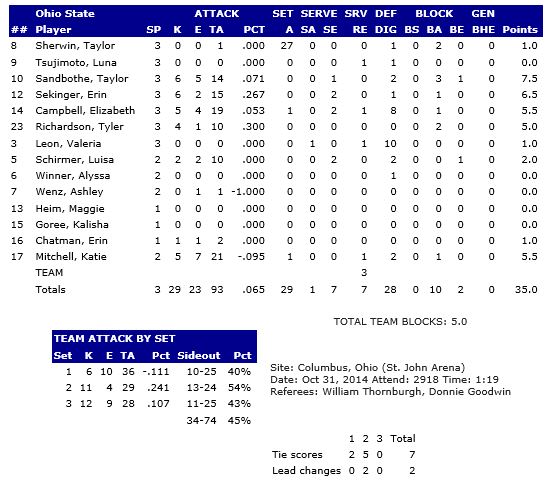